Part 1 — Sharing Their Voices to Inspire and Encourage Others

Meet some advocates and influencers who are raising ostomy awareness. 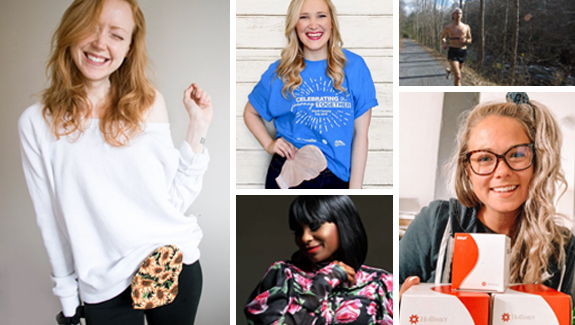 Learn about five people who are embracing life with an ostomy and making a positive difference.

Amber Wallace, creator of the Ostomy Diaries YouTube channel and social media platforms (@ostomydiaries), was just nine years old when she learned what “Inflammatory Bowel Disease” meant. After being diagnosed with Crohn’s disease in 2008 and undergoing a complete colectomy in 2016, Amber is openly frank about her desire to live life as normal as she can. “No one really chooses an ostomy bag; you decide it is the best option,” she says. “You make the choice to live, even if that means you poop in a bag attached to your abdomen.”

An advocate for “the underdogs,” Amber’s mission in life is to educate, encourage, and inspire others. She uses her Ostomy Diaries platform to remind those living with IBD and ostomies to embrace their so-called “flaws.” “Wear them as badges of honor, because maybe you’re not the underdog at all,” she says. “Maybe your flaws have given you strength; keep fighting and keep choosing to live.” 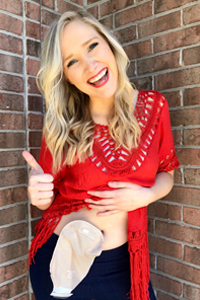 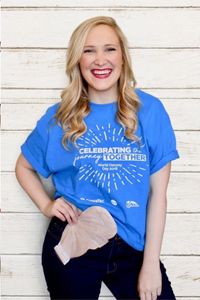 From the time she had ostomy surgery as a child until she became an international fashion model, author, entrepreneur, and motivational speaker as an adult, Jearlean Taylor suffered through years of low self-esteem and depression. She even had thoughts of suicide. “For a long time, I didn’t want to tell my story but my mother knew that by telling it, I could heal,” says Jearlean. “I didn’t understand that for a long time, but I do now.”

Jearlean’s story evolved into her popular website jearleantaylor.com, and her intimate autobiography “Pretty Girl Blues”. “By the grace of God I made it,” says Jearlean. “And now it’s my mission to help others do the same.” Facing and overcoming obstacles has allowed her to inspire other cancer survivors and those living with an ostomy to remain positive about the future. “By pursuing my goals, taking one day at a time, and putting my trust in God, I will live a full and vibrant life,” says Jearlean, And she encourages her followers to do the same. 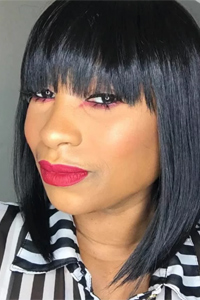 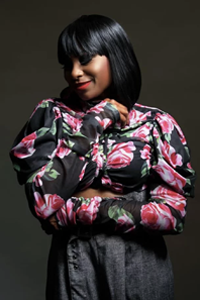 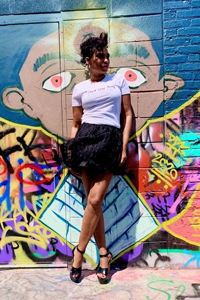 Collin Jarvis was diagnosed with ulcerative colitis when he was a junior at the University of California, Berkeley. His body rejected drug treatment to the point where he lost 30 pounds and was sleeping 15 hours a day. He had no choice but to withdraw from school his senior year.

Barely five years after his ostomy surgery, however, the news headlines screamed: “Collin Jarvis Runs Sub-2:30 in One of the Fastest Marathons Ever With an Ostomy.”

As evidenced by his marathon-running success, Collin now has the wind at his back and a whole new purpose in life. On Instagram (@collinjarvis), the “No Colon, Still Rollin!” man inspires his followers with his life’s journey. He says, “If you dedicate yourself to something, continually work through failure, stay patient, take calculated risks, and trust in the process, you can transcend your self-imposed limitations.” 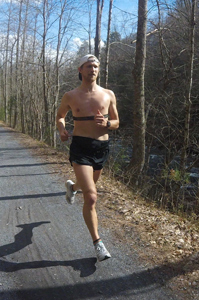 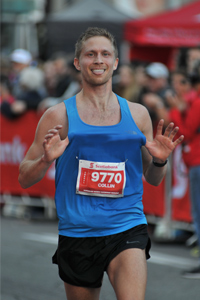 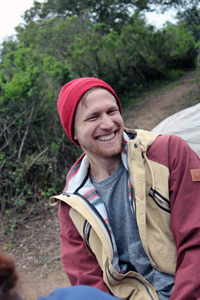 When she was nine, Krista Deveau was diagnosed with Crohn’s disease. Even while wearing a feeding tube, however, she kept an upbeat attitude about her herself and her future. Now a kindergarten teacher in Calgary, Alberta, Canada, Krista uses her voice on social media (@my.gut.instinct) to give a fresh perspective to others living with ostomies.

“A few years ago, I started talking about my illness on Instagram in the hope of helping others,” she recalls. “I was struggling with my Crohn’s at the time and needed an outlet. I also wanted to raise awareness about what it’s like to live with an invisible illness.”

Although she shares the good and the bad with her followers around the world, Krista prefers to use her voice to focus on the positives. And one of those positives is named Stella. “Stella, that’s my stoma, and my ostomy bags have given me my life back,” says Krista. “It’s important to me to break the stigma around stomas and show what it’s like to live with an ostomy bag.” 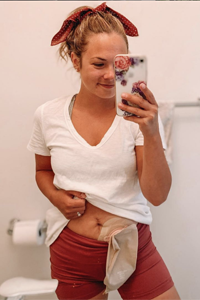 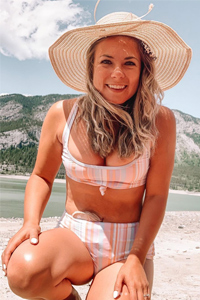 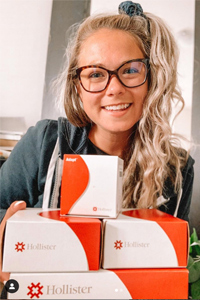 Kristen Cosner’s life changed in 2016 when she was diagnosed with severe ulcerative pan-colitis. Six surgeries later, she is living with a permanent ileostomy and still overcoming challenges. However, even a recent bout with a kidney stone has not deterred this spirited woman from sharing words of inspiration and hope on the Kristen’s Chronicles website and on social media (@kristenschronicles).

“I promised myself that I would start living life as freely and adventurously as possible,” Kristen tells others living with ostomies. “I would do things that scared me. I would challenge myself to grow and learn. And I would never take for granted the fragile crown that is our health.”

As proof of her determination to live her life without obstacles, Kristen recently graduated from West Virginia University with a Master of Science degree in Integrated Marketing Communications. She notes proudly, “I began the program from a hospital bed the day before my first surgery.” 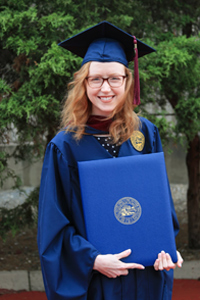 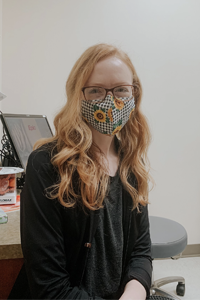 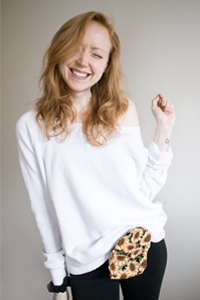 Interested in meeting more advocates and influencers? Read Part 2 — Sharing Their Voices to Inspire and Encourage Others

The testimonials presented are applicable to the people mentioned or depicted. These testimonials are representative of their experience, but the exact results and experience will be unique and individual to each person.